There is hope: A mother's message to those living with Krabbe Disease 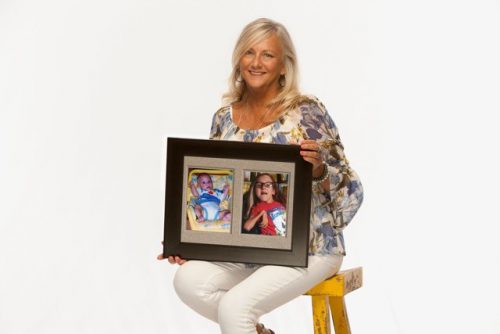 Krabbe disease, or globoid cell leukodystrophy, is a rare genetic disorder that attacks the protective coating, or myelin, of nerve cells in the brain and the nervous system. This is a genetic defect that causes the damage of a key enzyme that produces myelin. In most cases symptoms develop as early as 2-5 months and include: feeding difficulties, unexplained crying, extreme irritability, fever with no sign of infection, muscle spasms, and developmental delays. As the disease progresses symptoms worsen and result in seizures, loss of developmental milestones, rigid, contracted muscles, loss of muscle tone, loss of hearing and sight, and a progressive inability to swallow, eat, and even breathe.

It’s a grim prognosis, one Rugari knows too well. Most children with Krabbe disease die before the age of two. Her son Nick was no exception. Diagnosed at 7 months he died just three days past his first birthday. Some children, who develop symptoms later in life, may have a life expectancy of two to seven years.

There is no cure for Krabbe disease, but allogeneic bone marrow or cord blood transplants have greatly improved life expectancy and the quality of life for those who receive the treatment before symptoms develop. When Rugari, who was not planning on having another child, learned she was pregnant, she knew the importance of early diagnosis and had her newborn daughter Gina tested. The diagnosis came back positive and little Gina began taking powerful chemotherapy drugs at just three and half weeks in preparation for her cord blood transplant. At the time, Gina was just one of four infants in the world with Krabbe disease to receive a transplant as a newborn infant.

Gina’s life was extended fourteen wonderful years beyond that of her brother’s. Though Gina endured physical challenges, needed a wheelchair and spoke with the aid of a communication device, she positively impacted the lives of all who knew her. Doctors and researchers took great interest in Gina, wanting to study and monitor her progress as a medical pioneer in the treatment of Krabbe disease. 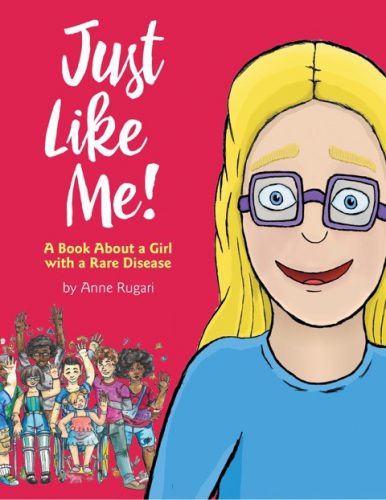 Wanting to share her experiences and help others, Rugari became a tireless rare disease advocate. She is the founder and CEO of Partners for Krabbe Research and is the co-founder and Vice President of KrabbeConnect. Rugari also wrote, Just Like Me, a children’s book that encourages acceptance, empathy and kindness for those who are differently abled like her daughter Gina. Her newest book, Just Like Me, Too! is due to be published in early 2020.

“I have been given the opportunity to work with researchers, clinicians, scientists and families throughout the 33 years since my son Nick was diagnosed,” Rugari said. Her goal is “to be a voice as an advocate for those affected by Krabbe disease by making a difference through education, research and awareness,” Rugari added.

That desire to make a difference lead Rugari to make a very difficult and personal decision. She donated Gina’s brain and tissue to the NDRD Program at the University of Pittsburgh Medical Center. “After Gina’s diagnosis as a newborn in 1999 and going through the transplant journey as a pioneer, living 14 years longer than her untreated brother, I knew that her brain and tissues would play a significant role in learning about the disease from a human perspective. Animal research had brought scientists to find potential treatments and to better understand the pathology of the disease, but human samples provide a much greater insight and would be more effective in understanding the disease in order to develop better treatments and outcomes for all patients affected by Krabbe,” Rugari explained.

Rugari, who also works as a consultant to the Neurodevelopment in Rare Disorders Brain and Tissue Bank at the University of Pittsburgh, says the availability of a biorepository to help researchers understand the mechanism and biology of a rare disease is not unique to Krabbe disease and that there are many other rare diseases where research could be more quickly advanced if such tools were more widely available.

So what is Rugari’s hope? “I envision treatments and cures that will give patients who are diagnosed with Krabbe disease and other rare diseases the opportunity to live a life free of the disease,” Rugari mused.