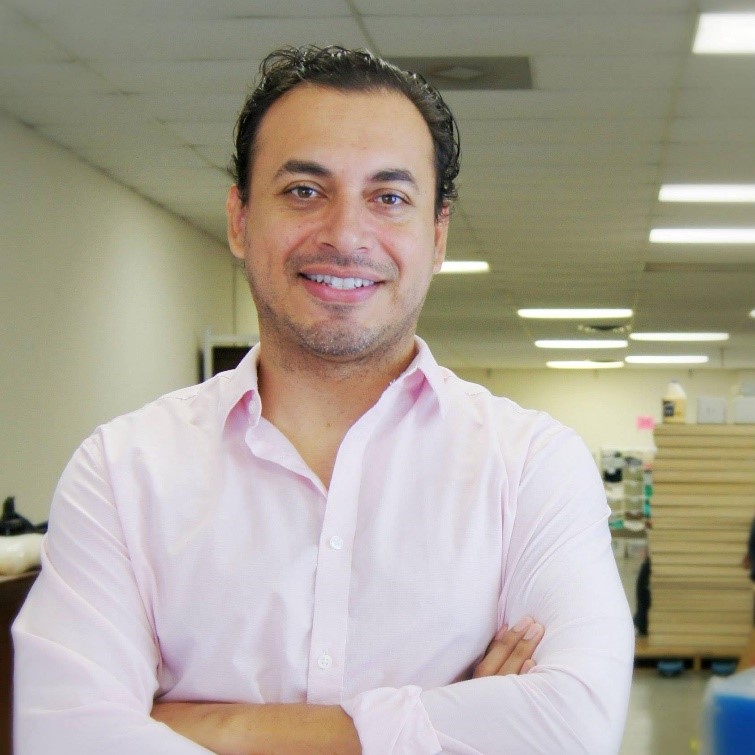 On August 31st, 2006 Ben Munoz survived. A full day’s spell of dizziness and nausea was the only indication that an undiagnosed arteriovenous malformation (AVM) had begun to bleed. This rare type of aneurysm is often asymptomatic for years and difficult to catch in imaging, making it a particularly dangerous condition to have. “If you’re lucky it’s found and shows up in an MRI, if you’re not lucky then you have a brain hemorrhage”. Ben was lucky enough to survive that day, but only with fast intervention from surgeons. A visit to the hospital saw Ben rushed to emergency surgery to fix the hemorrhaging blood vessels. His operation, miraculously, was resoundingly successful and the damage to his brain was minimal. Ben got out of his ordeal with weakness in his legs and minor damage to his cerebellum, an amazing outcome given typical prognosis of a condition as harrowing has his.

Days in the ICU, multiple follow up surgeries, and more than a year of healing saw his condition entirely resolved with only the minor damage to the cerebellum remaining. He became one of the lucky rare disease patients who can say they’ve been “completely cured”. On the other hand, finding a community of people with his condition was all but fruitless. He found there was only a small notice on the Harvard Medical School site and a Yahoo mailing list that made mention of patients with the condition. Fortunately, Ben had a background in software and decided to do something to help. He decided to develop an online site where patients with an AVM could organize, share stories, and support each other. With that, Ben’s first community, AVMSurvivors.org, was born. Using simple online tools and the generous support of family and friends, Ben grew his community quickly. Reaching out across the web, Ben and a team of friends found blogs, small discussion forums, and the many independent patients online and referred them to his growing group. The community today has expanded to over 5000 people and still provides a place for patients to support each other and forge a sense of solidarity that can often be lacking in the rare disease space.

It was after this first online community got off the ground that Ben was approached by his future co-founder of Ben’s Friends, Scott Orn, to see if they couldn’t replicate that success. Their second community was for trigeminal neuralgia, and soon after they developed a third for ataxia. The number of online communities grew consistently, moderated and utilized by active members of each community with the illness. Ben’s Friends builds one online community after another, even to this day. They now serve over one hundred thousand people in three dozen different communities.

The benefits are palpable, not only for the involved patients’ mental health, but sometimes for their treatment as well. Ben talks about one story from his first community, a story about a woman with a dangerous AVM. This woman found the community at a time of crisis. Her AVM was deep in her brain, her surgeon had told her it would be impossible to operate on. She was advised that she should get her affairs in order, as no one could know when a fatal hemorrhage might strike. In the community, though, she found other patients with similar conditions, AVM patients who’ve become experts through exhaustive research during the course of their own illness. They recommended a doctor in Arizona who’d successfully treated cases like hers in the past. After driving across the country to meet them, she managed to receive successful treatment and alleviate herself of her grim prognosis.

Stories like these speak to the impact Ben and his communities have on the rare disease space. The communities he started can save lives while they lessen some of the burden of loneliness that can come with being a patient with a rare disease. Ben’s Friends functions as an advocate as well as someone who empowers others to be an advocate themselves. His communities are invaluable for the patients participating, giving people places to connect where another might not have ever existed. All of this work, and much more, are more than enough to make Ben Munoz a true Rare Disease Difference Maker™!