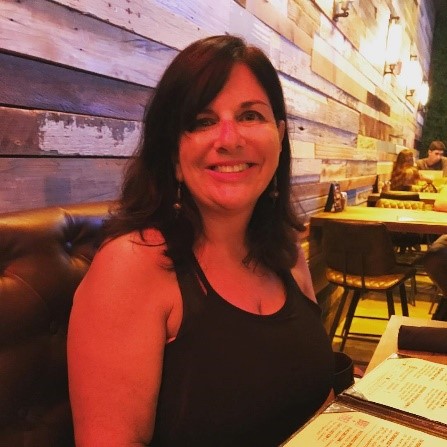 Carri Levy goes to extraordinary lengths to help her daughter. She knew something was amiss early on. Her daughter suffered from frequent infections, seemingly endless hospitalizations, and colds that seemed to go on and reoccur for years. Every visit to the doctor yielded nothing but quick fixes and incomplete explanations. “I felt like I was being run out the door by every physician I met with”, she said. She felt crazy, every doctor assured her that whatever was happening to her daughter was within the realm of normal, but deep down she always knew there was an explanation. Over time both she and her daughter became frequent guests in hospitals, standing by while the battery of tests were run over and over, but each time finding nothing. One day, distraught, Carri took to the internet. An online search of her daughters symptoms resulted in an important finding; NORD (the National Organization for Rare Disorders). This quick foray into the rare disease space would prove pivotal, not only for Carri’s life, but for her daughter’s as well.

This simple search led her down led a new path in her career. At this point in her life Carri already worked as a health programing producer with BrandStar working on The Balancing Act, Lifetime TV’s longest running show. But that position was becoming more difficult; she was spending considerable amounts of time alongside her daughter in the hospital, and being a single mother, insurance and her daughter’s healthcare weighed heavily on her mind. It was the need to carry on with her work in the face of her daughter’s illness that drove her to pitch a new idea to her executive board. Her concept was of a six part series to take place during The Balancing Act that would feature information and personal stories about the over 7,000 rare diseases that affect patients around the world. The series was a huge success. Now six years later, and 60 segments in, the show is partnered with Global Genes, and continues to advocate for rare disease awareness and for the lives of patients who face these diseases. Her success led her to quickly begin work on another show as well. Access Health, which she now also produces, spends half an hour a week featuring health tips and triumphs,; and given Carri’s experience, more than their fair share of the highlights focus on rare diseases.

An interesting aspect is that all of this work happened while her daughter was still sick. At that time she was still deep in the testing process; Carri approached her to ask her if they ever were to find out what her condition was, should they start a foundation? At the time they decided against it, both she and her daughter decided advocacy would be their path to making a difference. In the years that followed, a diagnosis did eventually come — Carri had been right all along, something very real had been wrong with her daughter. No physician until that point had enough expertise, or the sufficient perspective to see and synthesize all her symptoms in one disease. But when the final results came through, a weight was lifted off of Carri. She was, perhaps in the most somber way, vindicated. She had been asking hard questions with her daughter all her life, and now they had an answer. Her daughter had Primary Immune Deficiency Disorder, the path to treatment would be long, but now it was there.

The programs that Carri has produced raise the profile of rare diseases and help patients feel less alone on a daily basis. The more people who know what to look for in potential patients, the faster rare diseases are caught and treated. To this end Carri continues to make waves in the rare disease community. She’s fought not only as an advocate, but as a mother. She’s faced the trials of a loved one and a professional working in this space, and she has turned those hardships into a positive difference in the world. It’s no doubt to us that Carri is worthy of praise for all her work, and is truly a Rare Disease Difference Maker™!

Who’s made a difference in your rare disease? Whether it’s a teacher, parent, pastor, friend, or physician, if you want to recognize someone who has impacted your life, click here to nominate them! Not only do we hope to recognize those who have made a difference in the rare disease community, it is our hope that these stories motivate others with practical inspiration for how they can make a real, lasting impact in the community.