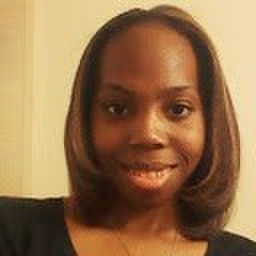 “Nothing changes unless we change it.” Dominque has truly lived by this motto and she has been a beacon of hope and change for those living with rare diseases in the United States. At five years old Dominique was diagnosed with sickle cell anemia, an inherited red blood cell disorder in which there aren’t enough healthy red blood cells to carry oxygen throughout the body. Symptoms typically include intense episodes of pain, swelling of hands and feet, and frequent infections. There is currently no cure but various treatments can help relieve pain and help to prevent complications associated with the disease.

Today, most patients are diagnosed through newborn screening. Dominique was born in the 1980s, before newborn screening was widely available and before many people had heard of sickle cell anemia. Throughout her childhood, Dominique was a frequent visitor of emergency departments as her Aunt tried to find an answer; but no one could figure out what was going on. Eventually they encountered an ER doctor who had seen sickle cell anemia before and ran an electrophoresis to confirm the diagnosis.

This is when things got a lot scarier. Specialists told Dominque’s parents that she wasn’t going to live long enough to see her thirteenth birthday—and if she did by some miracle make it to thirteen, the specialists said she would be unlikely to reach 18 or 21 years old. This was overwhelming to hear as a five-year-old girl, particularly as it gave no room for hope. Through the efforts of a persistent Aunt, Dominique finally was seen by a hematologist who was focused on research, telling her, “You will be able to live and you never know what will happen in the future in terms of science.”

Dominique has lived through excruciating spells of pain which have impacted nearly every area of her life but she does not let this dull her spirit. She knows that because of her experiences she understands and sympathizes with others who live with sickle cell anemia as well as other rare diseases.  The great Eartha Kitt, who suffered extreme poverty and abuse as a child, and served as an advocate for racial equality, who was praised by Martin Luther King, once said: “When life gives you merde, use it to make fertilizer.”  Like Eartha Kitt, Dominique has taken the “raw deal” she was handed and is using it to improve the world for others.

Perhaps her biggest accomplishment has been helping to get a specific law, HR 2465, passed in 2018. This law provides for surveillance, research, and better care for those with sickle cell disease. It also brings attention to the fact that there is no official registry, even after sickle cell anemia was added to newborn screening, resulting in an increased number of diagnosed cases.

Dominique is an avid volunteer, conference attendee, and patient advocate. When she first learned about Rare Disease Week, she was shocked- she never realized that people really do care about rare diseases. “There are a lot of people out there [fighting]. I didn’t know how many rare diseases there were in the US and realized that through awareness we can support forward progress in research and treatment. Sometimes you have to be the one that makes people care.”

As Dominique noted, “sickle cell anemia is viewed as a curse, but it can also turn out to be a gift. I would not be the person I am without the experiences that I have gained in fighting this disease”.

Engage Health is proud to be nominating Dominique as a Rare Disease Difference Maker®.