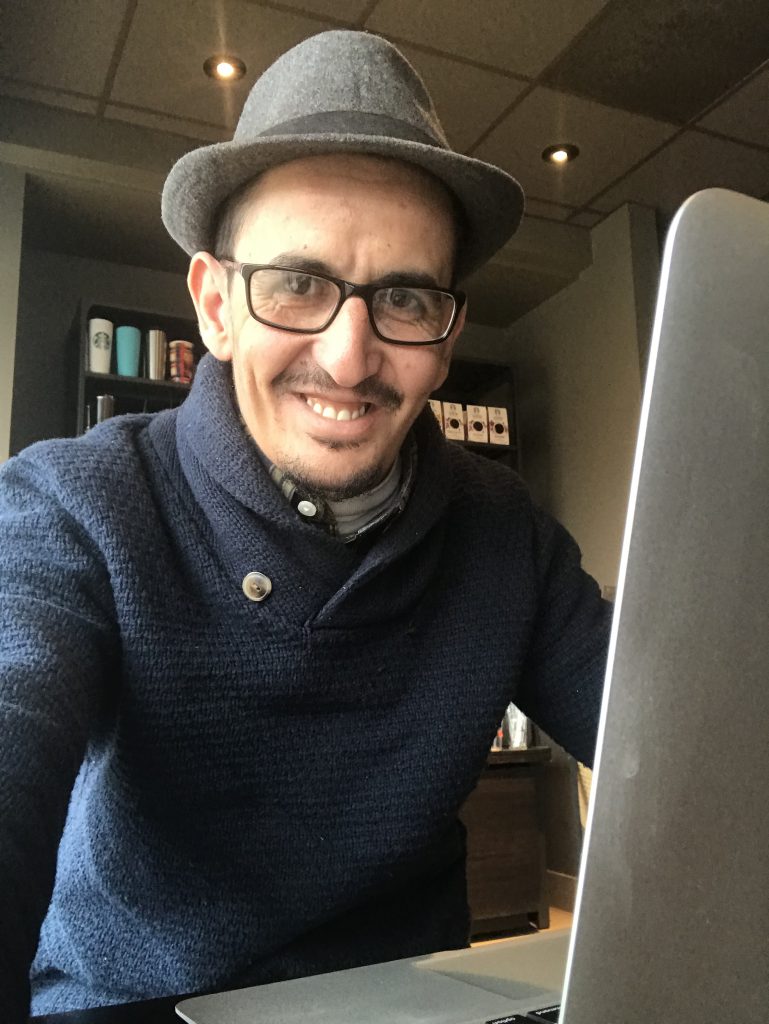 It would take some time, but eventually, he got to his specific diagnosis- recessive dystrophic epidermolysis bullosa (RDEB). RDEB is a rare genetic condition caused by an inability to produce collagen 7, the protein that strengthens and stabilizes skin. The result; widespread blistering that can lead to vision loss, disfigurement, scarring, and other serious medical problems, including a very high risk of developing a form of skin cancer called squamous cell carcinoma.

Mohamed shares insight on what growing up was like, “in Libya, healthcare is not good even for well-known things like diabetes or hypertension.” This stands in stark contrast to the United States, where he would eventually participate in many clinical trials and receive treatment all over the country. Mohamed became more aware of this difference as he grew up with a rare disease, using expired supplies and non-scientific methods to care for himself. He used olive oil and bandages that stuck like glue to his skin- leaving him to peel them off by candlelight. He knew that he wanted better care for himself and his siblings, and has remained optimistic and hard-working through it all.

Mohamed graduated from college in Libya and moved to the United States with his brother, beginning a new life. Having his brother alongside him was very helpful- as he pointed out, “knowing you are not alone, having someone with you until you stand on your feet and start building yourself.” It was still not easy “having to find work, finding a job that accommodates EB… I was also in the early time of finding wound care supplies. Debra of America helped me out, and other families also donated supplies”.  At the same time, Mohamed and his brother were both trying to build their new future. Mohamed started working and studying. His brother went to school to learn English, attended community college for his Associate’s degree, and is now working towards his Bachelor’s in computer networking.

As for Mohamed, he has used his pharmacy degree from Libya to go through the steps to get licensed in the US. “In preparing for the equivalency exam, one must have very high English scores and study hard- it takes more than a year of training”. This work has already paid off because it allows Mohamed to do what he loves, helping others impacted by rare and other diseases.

He currently lives with his wife, is studying for his license in pharmacy, and participating in a clinical trial- one of many he has been part of throughout the years. The current trial, he shares, is the most interesting and, in his opinion, the most promising. “They are making the collagen that we don’t produce in the lab and injecting it with an IV every two weeks. They started with a tiny amount being injected and later jumped to a higher dose”, which he now gets every week. So far, he believes there is some change in his wounds, but the trial will continue for 6 months as his progress, and others’ progress in the trial are tracked.

Mohamed shared, “Adding EB to your life adds extra struggle- going to doctor’s appointments and leaving your job every two weeks takes a lot more commitment than your goal or plan.” Unlike past clinical trials, Mohamed is now in the same location as his trial, which has made his participation much easier. “If I wasn’t lucky when I was traveling, I was afraid I would be fired because the appointment takes 2 days, I had to travel a day ahead and a day after. This meant I needed 4-5 days off every 2 weeks.” Mohamed is grateful to have managers who have supported him, and he shared why it is important to find this kind of support. “No matter how good your job is, if you don’t have a good manager, it won’t make you happy; things are going to come into your life one day, and you will need to be accommodated.”

Despite the challenges Mohamed may face because of his rare disease, there is no task too daunting for him to overcome. Mohamed goes to the EB conference, sponsored by Debra of America, every two years and has built connections locally and outside the US. He has also made connections within the rare disease community, and attends the yearly Rare Disease Day event at the University of Minnesota. He is constantly working to make a difference in the world. He and a few friends with EB came together recently. They decided they want to start a non-profit organization called EB-Lifestyle to help with EB supplies for patients in countries, like his siblings back in Libya, where such support is not readily available. Currently, Mohamed collects extra bandages and sends supplies to his siblings as often as he can. The organization that he is a part of would support transactions like this and provide care supplies to those who do not have access or financial resources to pay for them.

His biggest goal is to help others understand that challenges with a disease like RDEB are long term; he believes that “one can either give up or try to live normally and see the world differently”. He wants to show young EB patients that you don’t have to give up, but instead to trust in their abilities and themselves.

At Engage Health, we are proud to recognize Mohamed as a Rare Disease Difference Maker® and appreciate this opportunity to share his story.