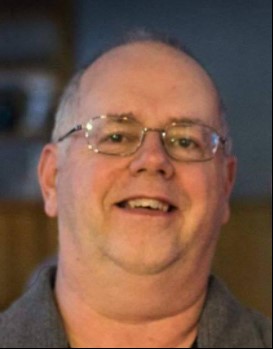 Richard Holl is an extraordinary example of taking lemons and turning them into lemonade; he has spun a scary situation into something huge. Richard lives with transient global amnesia (TGA), which is not even considered a rare disease, but rather an ‘enigma.’ When he realized that those who experienced TGA had no registry, he knew this was something he wanted to change and went on to create the TGA Community. 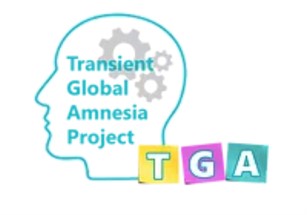 Transient global amnesia involves sudden, temporary episodes of memory loss, not attributed to a neurological condition, such as epilepsy or stroke. The episodes do not have a known underlying cause, but potential triggers include immersion in cold or hot water, strenuous physical activity, sexual intercourse, or acute emotional distress. During an episode, you do not remember where you are or how you got there, but cognition remains normal, and there may even be retention of personal identity. Richard recalled from his experience, “there is not much of anything to it other than you go blank, meaning there is not much to be made from research or aiming for a cure.”

During the episode he experienced, Richard’s mind re-set to 1974 when he served as a corporal, and Richard Nixon was president. He recalls being able to recognize his wife, as she had been his girlfriend at the time. During the following days, his adult children visited the hospital, and Richard was only able to remember them when they each wore the same shirts each day. He described the feeling as ‘brain fog’, like driving down the highway at midnight, there are no cars, and you turn off the headlights and put on cruise control.

Richard quickly discovered that there was not much awareness surrounding transient global amnesia, eventually deciding to change that. For about two years, the adjustment challenged him in unique ways; he would eat the food he never ate, whistled tunes he didn’t know, and developed issues with his short-term memory. He recalls that it was with his wife’s help that he began trying to move forward. “It is similar to veterans with PTSD; it is hard to talk about it because people just smile and walk away.” When he began researching, he was able to find a lot of information, but it was scattered and difficult to keep organized. To create some sense of organization, Richard created an international TGA registry, which now has 776 members in 22 countries around the world: https://research.sanfordhealth.org/rare-disease-registry/represented-diseases. He also has a website that provides information and resources for TGA: www.tgaproject2020.wixsite.com/home

Richard’s TGA Community has participated in Rare Disease Day and has worked with NORD toward developing an international registry. They also give out a welcome packet to new members, including small tips for coping with TGA. While explaining this package, Richard shared one of his tricks: he had three fingers held out at this time, so he would remember three things to say about the welcome packets. Richard also came up with the idea of a wallet card, often used by Alzheimer’s patients, which can be used in the ER to determine who you are and what you are experiencing. Although it is an invisible condition, Richard remarks that if you spend a whole day with him, you would see what he calls ‘the new me.’ His goal is to help others learn about their ‘new me’ and providing support for those facing this neurological enigma.

Engage Health is proud to be nominating Richard as a Rare Disease Difference Maker®.