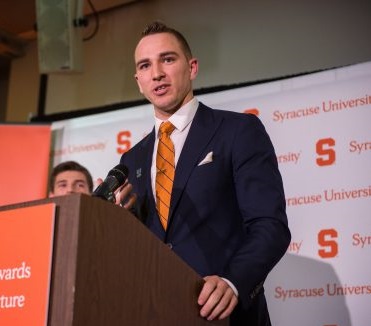 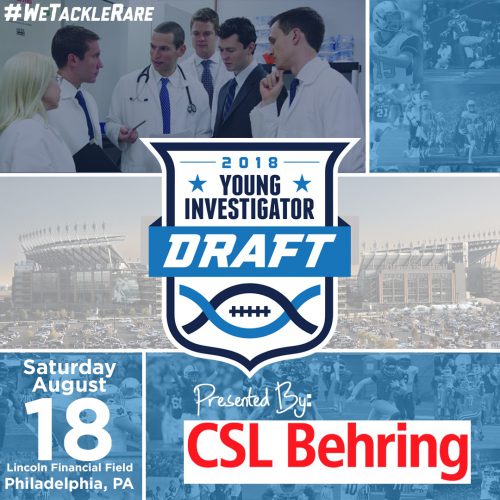 Rob Long was approaching the culmination of a lifetime of athletic achievement. He was starting punter at the Syracuse University, and he’d given a strong performance throughout his four years there. He was riding high through his senior year in school, football scouts were interested in him professionally and the regular season had just ended. He was top ranked going into the draft, and he was preoccupied considering what NFL town he wanted to live in. Little did he know, beneath it all he was very sick. Inside his head. Something had been creeping, insidious, through every class and practice on the field. Through most of his school years, a brain tumor had been growing. He had not acted on the symptoms of the tumor that had begun to present themselves at his first game of senior year, until the end of his senior season. In the week leading up to his final game, Rob started to feel ill. Exactly five days after his last college game, He went to the team doctor who ordered an MRI, the results made the doctor turn pale. The tumor had taken over almost a quarter of his brain. Over the next month Rob learned that he had a rare and aggressive form of brain cancer, and that he was in a very dangerous situation. He was called for emergency surgery. The illness had come on so swiftly, many of his friends and teammates were not able to comprehend that he was sick, all while doctors were surprised that he even could stand.

Unfortunately for his family, Rob wasn’t the only one facing this type of crisis. They had recently received devastating news on two fronts. His aunt had been diagnosed with breast cancer on the same day that Rob’s brain tumor was found. Sadly, this was just the latest chapter for a family who had a long and unfortunate history with cancer spanning generations. Fortunately for Rob, his cancer was positioned in such a way that there was a good chance of removing most of the malignant cells surgically.

His operation lasted for hours. The size and severity of the tumor had made the process of removing it painstaking for neurosurgeons. It was a tense time, but after he finished his surgery and follow up treatment, he recovered with no brain damage. His potential career as an NFL athlete was now regrettably out of reach, but he had his life. Sadly, Rob’s aunt with whom he’d shared a diagnosis date passed away in 2016 after her breast cancer went into remission for four years only to be diagnosed with a primary brain tumor in the summer of 2015. Rob’s own experience, along his family’s tragic loss, fueled a drive to make a difference in the world, a drive that would soon be given a perfect outlet

His story touched many of his teammates. In particular, Sam Rodgers, one Syracuse player that had come in a year after him was moved enough to honor him by starting the Syracuse Chapter of Uplifting Athletes at the school. Uplifting Athletes is non-profit organization that offers student athletes the tools to use their celebrity to raise money to support rare disease research. Sam invited Rob to be the inspiration for the chapter, remaining deeply involved with it at the local level and recruiting willing teammates. Rob took to the position with gusto, connecting with others willing to take whatever time was left between grueling academic and practice schedules to support a good cause. Rob stayed with the group for four years before he approached the founder looking for additional ways to help. In 2016 Rob was offered a position with the national organization intended to raise the profile of the organization nationwide and expand their outreach.

Recently Rob spearheaded a shift in the organization to make larger direct donations to rare disease research through the Young Investigator Draft. Similar to the NFL Draft where teams select the top young prospects they feel can make the most impact on their future, the Young Investigator Draft allows Uplifting Athletes to select a draft class in five different rare disease categories. The five Young Investigator categories are: rare cancers, rare autoimmune and immunological disorders, rare blood disorders, rare genetic disorders and rare muscular and neurological disorders, and will recognize investigators who they feel can make the most difference in each area. The draft itself will be held on Saturday, August 18th at Lincoln Financial Field, home of Super Bowl LII champion Philadelphia Eagles. Once the top picks are revealed, the Young Investigators will receive their grants, driving future research and working to treat or cure rare diseases.

Rob’s work in rare disease philanthropy is incredibly inspiring. His dedication to rare diseases is second to none, and his work with Uplifting Athletes is making more research possible, faster. Rob has worked hard to turn his patient story of survival into hope and new developments for patient communities worldwide. Fostering the spirit of outreach and giving in young athletes, Rob has made a world of difference not only by himself, but arm in arm with other dedicated college athletes. Hopefully his impact and direction, and that of Uplifting Athletes, follows them into their professional careers and beyond. Please join all of us at Engage Health in honoring Rob Long as a Rare Disease Difference Maker™!

Who is your Rare Disease Difference Maker™? Nominate them here!

This website uses cookies to improve your experience while you navigate through the website. Out of these, the cookies that are categorized as necessary are stored on your browser as they are essential for the working of basic functionalities of the website. We also use third-party cookies that help us analyze and understand how you use this website. These cookies will be stored in your browser only with your consent. You also have the option to opt-out of these cookies. But opting out of some of these cookies may affect your browsing experience.
Necessary Always Enabled

Any cookies that may not be particularly necessary for the website to function and is used specifically to collect user personal data via analytics, ads, other embedded contents are termed as non-necessary cookies. It is mandatory to procure user consent prior to running these cookies on your website.