This month, Elijah Edwards will reach a milestone in his young life. He will attend his first day of kindergarten.  One might think “OK, what’s so special about that? Thousands of five-year-old children start kindergarten each year.” What is unique is that Elijah was diagnosed in utero with Trisomy-18 (or Edwards Syndrome), a rare and very severe genetic condition that affects a child’s growth and development and can often be fatal within the first year of life. After learning this news at 22 1/2 weeks, his parents, Kareem and Sarita Edwards were given little hope that Elijah would survive the remainder of the pregnancy, much less his first year of life.

According to The Cleveland Clinic’s website (https://my.clevelandclinic.org/health/diseases/22172-edwards-syndrome), Trisomy-18 is caused by a third copy of the 18th chromosome. It impacts approximately 1 in 5,000-6,000 births. The Cleveland Clinic reports physical characteristics present at birth may include decreased muscle tone (hypotonia), malformations of internal organs like the heart and lungs, small physical size, cleft lip and palate, weak cry and minimal response to sound. First discovered in 1960 by a team led by Dr. John Hilton Edwards, trisomy-18 is often fatal, with 95% of infants not surviving the pregnancy. This is the grim news Kareem and Sarita received during her pregnancy with Elijah in 2017. Doctors advised they consider terminating the pregnancy because it was highly likely Elijah would not survive.

For Sarita, Kareem and their four other children (Jeffrey, then 19; Rian, then 11; Josiah, then 9 and Jeremiah, then 8), it was a heavy burden to carry. They heard the medical professionals. They understood the facts presented about the severity of complications Elijah could face. They knew trisomy-18 put them at much higher risk for miscarriage or stillbirth. Sarita says they are a family of faith. It was leaning into their faith that gave them the courage and strength to continue on with the pregnancy.

When Elijah was born, doctors again offered little hope. They quoted the statistics associated with trisomy-18. They counseled the Edwards’ family to prepare for Elijah’s death, which they predicted would occur within his first three months of life. Elijah’s medical team offered competence and compassion, but little hope. Sarita says it was as if they stopped at the diagnosis, simply suggesting they “just find a support group”, giving them resources about the existing trisomy-18 support groups, but providing no additional resources for early intervention or nutritional support. 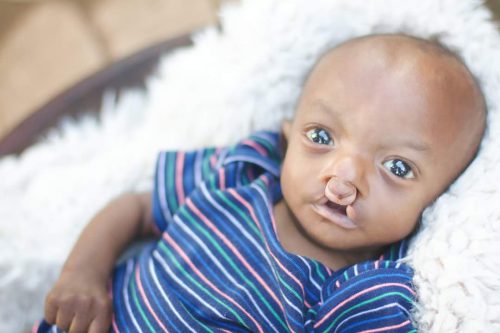 Shortly after Elijah’s 2017 birth, Kareem and Sarita found themselves on a path that would be life-changing, not just for Elijah and the Edwards family, but for rare disease families throughout the world. Kareem’s initial plan was to do something to help other trisomy-18 families by offering bereavement support and resources for the horrible reality of navigating life insurance claims and planning a funeral for a newborn. At the same time the seeds for The E.We Foundation were planted, Elijah started thriving, defying the doctors’ predictions that he wouldn’t live to see age three months and then that he wouldn’t reach his first birthday.

In 2019, when Elijah turned 2, the Edwards’ started thinking about supporting early intervention services. Elijah’s journey was neither easy nor complication-free, yet he continued to thrive. It was at this time that Sarita learned of many state- and federally-funded early intervention programs that offer help and hope. Sadly, children begin to age out of many of these programs at age 3. Although Elijah would soon be beyond eligibility for these programs, Kareem and Sarita saw their purpose in providing education to other trisomy-18 families and other rare disease families about all the services they might otherwise miss. 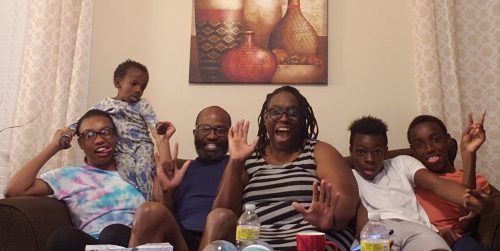 While perfectly happy with Elijah’s care team, Sarita knew they were still so mired in the trisomy-18 diagnosis, they couldn’t see the limitations he continued to shatter. Sarita looked at the disconnect between the expectations and the actual accomplishments. She said “While we understand the medical statistics and the diagnosis, we often overlook the individual patient. If Elijah is doing something different than what the trisomy-18 story dictates, then why aren’t we doing something different to meet him where he is and do all we can to assist his development?”

As a rare disease advocate, Sarita sees her mission as providing education to both families and the medical community. As she says of Elijah and other children living with rare diseases, “What type of push do we need to give the medical community to help them meet Elijah where he is and see his value? For them (the medical community) to recognize an individual patient’s achievements rather than what they think a patient may be capable of, simply based on a diagnosis.” She has a natural curiosity about discovering what might be different in Elijah’s DNA that he is still here and still thriving, despite the many anomalies of his trisomy-18.

It is this passion to be a conduit for better education between the medical community and the patient community that continues to drive Kareem and Sarita. Sarita started attending webinars and conferences. This helped her draw a roadmap for expanding The E.We Foundation’s education program, LEAP, which is approved by the State of Alabama as a Continuing Education Provider. According to their website, LEAP focuses on improving health, financial advocacy, and social service access for individuals, families, and communities living with rare disease, disability, medical complexity, and special health needs.

Since inception in 2019, The E.We Foundation has interacted with 30 other trisomy-18 families and offered actual financial support to six of those families. The Everylife Foundation’s Rare Disease Legislative Advocates (RDLA) program helped Sarita become more involved in legislative advocacy for passage of critical Congressional bills that will better conditions for the 30 million Americans living with one of 7,000 known rare diseases. Sarita is currently serving a two-year term on RDLA’s Rare Disease Advisory Council.

The National Genetic Education and Family Support Center feature Sarita in a recently launched podcast series called “Linked Together”, focusing on what it means to be a family leader, driving change in the rare genetic birth defect space. Sarita also sits on the National Genetics Education and Family Support Center’s Workgroup on Inclusion and serves on advisory and leadership councils across the country. Much like the way she defied the doctors’ typical treatment approach for a trisomy-18 patient, Sarita defies the standard thinking about diversity, equity and inclusion (DEI) programs. For DEI programs to be most effective, Sarita believes what needs to change is having DEI initiatives “just because”. She says she believes there can be biases on both sides, so she tries to look for the reasons why. She wants to bring her perspective; she doesn’t just want to bring the perspective of what others think DEI should mean. She wants discussions to focus on studying and then improving on how a rare disease diagnosis is delivered, the development of care programs and the treatment outcomes.

Behind the scenes, Kareem works full-time at a Global Transportation and Information Corporation, providing financial security for the family while Sarita oversees the daily operations of The E.We Foundation. The couple will soon celebrate their 19th wedding anniversary. Sarita describes Kareem as her “quiet strength, sounding board and her release from worry”. She says when she is feeling anxious about something, she looks at Kareem’s response. If he is not worried, she knows it is OK for her to relax a little. 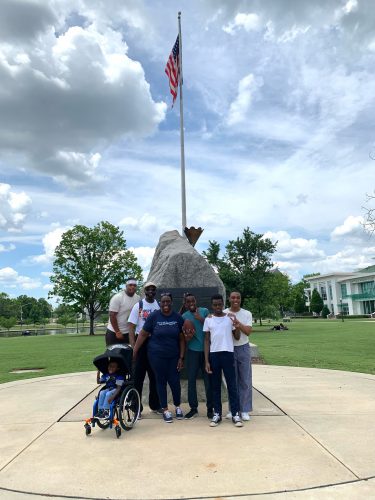 Family bonds and a strong faith led Sarita and Kareem Edwards to continue with a pregnancy that medical experts said would not produce a living child. Passion, determination and hope have helped them drive forward, not only to give their son Elijah a fighting chance to thrive, despite his trisomy-18; but to also bring education to others in the rare disease community. This is why we are proud to call Sarita and Kareem Edwards our newest Rare Disease Difference Makers®.