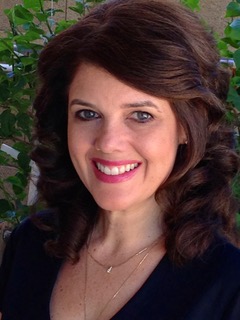 A pillar of the Snyder-Robinson Syndrome community; this is the only way to describe Teri Koerner. She has a professional investment in the community as a founding member of The Snyder-Robinson Foundation (SRF) and organizer of a natural history study for SRS. Teri has a tremendous personal commitment to this cause as well; she is the mother of two boys with SRS. It was for her combination of dedication, inspirational do-it-all work ethic, and profound personal connection to the disease that her SRF cofounder, Michael Raymond, nominated Teri as a Rare Disease Difference Maker™.

Teri’s two sons are 23 and 18 years old. Although they are 4 1/2 years apart in age, they were diagnosed with Snyder-Robinson syndrome around the same time because they were exhibiting the same symptoms.

SRS is classified by intellectual disability, seizures, hypotonia, osteoporosis, and varying levels of scoliosis. After years of extensive work-ups and hospital visits, the boys were finally accepted into the NIH Undiagnosed Disease Program, where they received a conclusive diagnosis through genetic sequencing. At the time of their diagnosis, the Koerner boys were only the second family in the United States known to have SRS.

Since the diagnosis of her sons, Teri has helped to found The Snyder-Robinson Foundation to further research for SRS and support other children with SRS and their families. Teri describes her sons as delightful, loving, and communicative in their own ways. The complex medical needs presented by their disease can be taxing, but she says this is what piqued her initial interest in the biological mechanisms of the disease. “My sons’ condition provided opportunities to think about SRS in a different light… I developed further questions as to what other things SRS individuals are experiencing.”

At a conference in 2015, Dr. Neal Boerkoel recommended that SRF start a natural history study. She describes her reaction to Boerkoel’s suggestion, saying “I was very eager to take that on – I realized it was a great opportunity to potentially uncover some characteristics that aren’t yet described in the medical literature.” With that excitement, Teri officially kicked off the study in 2016, collecting data which will be informative for researchers and drug developers, as well as expediting proper diagnosis. In other words, the goals of the study lend themselves perfectly to the SRF’s ultimate goal of finding a treatment for this disease through advancement of medical and scientific research.

When it comes to the natural history study, engaging with other SRS families is just as important for Teri as the data it will yield. The study also gives Teri a unique perspective into the wide variety of symptoms faced by SRS patients and their families, which allows her to provide them the much needed reassurance and validation that comes with knowing they are not alone in experiencing these struggles. Beyond these activities, Teri provides compassionate care and deep, unabiding empathy for the illness. As an advocate, she brings that same spirit to her organization, ensuring patients living with SRS have a person in their corner, a tireless activist, and a place to turn for comfort and support. This total commitment to educating and supporting SRS families combine to make Teri an inspiration to the SRS community and an example of what it means to be a Rare Disease Difference Maker™.

Who’s made a difference in your rare disease? Whether it’s a teacher, parent, pastor, friend, or physician, if you want to recognize someone who has impacted your life, click here to nominate them! Not only do we hope to recognize those who have made a difference in the rare disease community, it is our hope that these stories motivate others with practical inspiration for how they can make a real, lasting impact in the community.